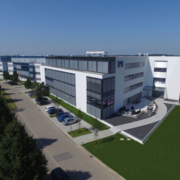 At a purchasing volume of several million Euro per year for machined parts, product developers should be well-informed about their manufacturing costs; because the rule of thumb is that 80 percent are determined in the product development stage. PI (Physik Instrumente) in Karlsruhe introduces simus classmate for this reason and integrates cost control directly to the CAD system.

With more than 50 years of experience in nanopositioning and piezo technology, a continuously advanced product and technology portfolio, as well as profound applied knowledge for the automation of precise movements, PI (Physik Instrumente) helps its clients in the semiconductor industry, microscopy, biology, photonics, and in industrial automation to achieve leaps in technology: The positioning systems including piezoceramic elements and air bearing system play a part in gene sequencing, semiconductor production, high precision inspection processes and many more high tech applications, for example. One third of about 1,300 employees worldwide works in research and development, another third works in manufacturing. Products for global distribution originate from nine manufacturing sites. In manufacturing, the focus is on the core expertise such as piezo technologies, drive and sensor technologies, guides, power transmissions, and assembly of the products. In mechanical manufacturing, their own contribution is only in the single-digit percentile, predominantly parts with the highest need of allowances, and prototypes. The majority of turned and milled parts is purchased from external sources, the annual purchasing volume amounts to several million Euro. 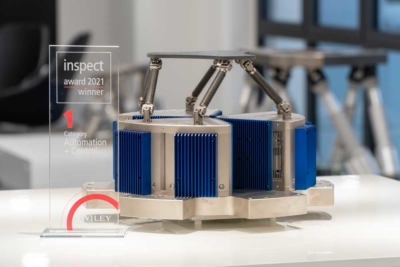 PI develops and manufactures a wide range of positioning stages and actuators for linear, rotary, and vertical motion and adapts them to customer specific applications. The H-860 Hexapod is a parallel kinematic motion platform that enables the positioning of objects in six degrees of freedom.

“As necessary cost control is under these circumstances, the process showed to be ineffective in practical terms,” Thomas Kuhne, who is working in a staff function for Operational Excellence at PI. The cost objectives have often been as unknown just like the current supply prices. In order to check on cost objectives, parts had to be designed in SolidWorks and manufacturing drawings had to be produced. Subsequently, Purchasing could ask for quotes at the supplier and take the preliminary costing of the parts back to Development. The creation of the drawings had to be complete and transferred to Purchasing in order to get a first estimate on the costs. When the results were provided as quotes, development had already almost finished, with a cascade of dependent parts. “We often designed with the technical solution in mind,” Thomas Kuhne says. “Ranking prices by supplier inquiries was arduous and, most importantly, hardly gave any insight into the major cost drivers in the manufacturing of each part.”

A colleague in PIs management team pointed out simus classmate software which creates coherent routings based on CAD models and calculates work steps automatically after adjustments in line with the company’s requirements. Based on geometric objects, data on parameters such as dimensions and surface finishes is retrieved. By this method, the application automatically determines the technologies and determining factors for manufacturing. With the help of semi-finished products, the geometry and the sequence of steps, times and hence the costs are calculated. By integrating it in the CAD system, designers can calculate parts directly from the CAD interface and get a meaningful cost overview display of the part within seconds including information on cost drivers, setup and machining times.

“That was a real productivity boost for us. This way, developers have information on costs at their disposal at all times and buyers can make ask for eligible quotes and negotiate based on the technical data.”

After presenting the solution, simus systems developed a project proposal for the introduction of the software at PI, which was accepted.

At the end of February 2020, the project team led by Thomas Kuhne got started on preparations with a purchaser, a design engineer, and two simus systems employees.  The main job was to apply the numerous special features of the ten manufacturing methods to the standard database introduced by simus systems. This included eroding complex geometries for the production of very flexible joints, turning and milling, sheet metal working, and surface finishing. Each month, the team dealt with one method in order to finish the project by the end of November. “We achieved it despite the negative effects of the pandemic,” Thomas Kuhne rejoices. “All project sessions were carried out online followed by adjustments caused by changes to rules which led to settings for each method.” Finally, about 30 user licenses were implemented and the different user groups were trained.

“simus systems’ project support was very professional. The prepared standard data and many of the individual documents helped us out a lot.”

The new solution was launched for use in January 2021.

From Three Weeks to Three Minutes

Now, designers have the ability to open classmate FINDER directly in SolidWorks and access the cost information for the current part. Cost drivers are highlighted in color; learning effects through the examination of several variants are to be expected. 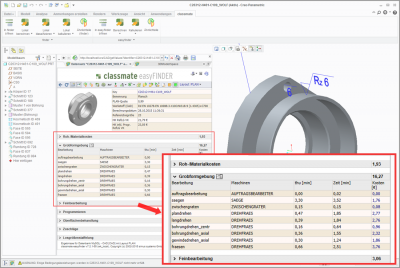 “The previous process of checking costs with several supplier inquiries, without a real procurement case, took up to three weeks,” says Thomas Kuhne.

“Now, the designers achieve their target in a few minutes.  It also accelerated the preparation of quotes for customers.  Most importantly, we can now already influence costs at design stage.”

The results of the preliminary costing are still compared to quotes. “Where we followed up on deviations, we found the causes and created notes for designers,” Kuhne reports.  However, the benefits of simus classmate do not only have an effect in Design, Purchasing also benefits from it. Data on the part is passed from Development to Purchasing by spreadsheet.  This allows for fact-based negotiations to be conducted, ‘market prices’ to be determined or even graduated prices to be calculated.

“Overall, we make fewer supplier inquiries and save work from routine tasks,”

“We use the time gained for potential analyses of existing parts.”

Currently, management is evaluating the use of the solution in other value streams. Because the most important data on allowances is only located on the drawings as annotation and not as Product Manufacturing Information (PMI) in the 3D models, design guidelines have to be adjusted. But in the upcoming year, simus classmate can be rolled out to more of the company’s sites.  Beyond the costing of parts, this solution would also be suitable for finding identical parts and increasing reuse.  Thomas Kuhne sees further expansion opportunities in a PDM/ERP integration with a classification of master data, as well as a PI-specific purchasing classification.  This could eventually lead to embedding the preliminary costing into the approval process of a part.

“We see great potential in these digitization and automation projects and will tackle them as far as our personnel capacities allow. 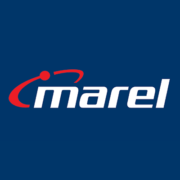 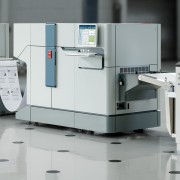 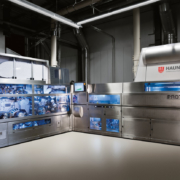 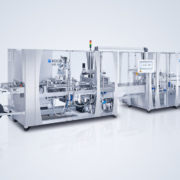 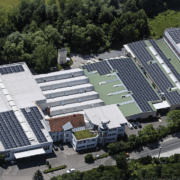